The Man Who Cast Two Shadows 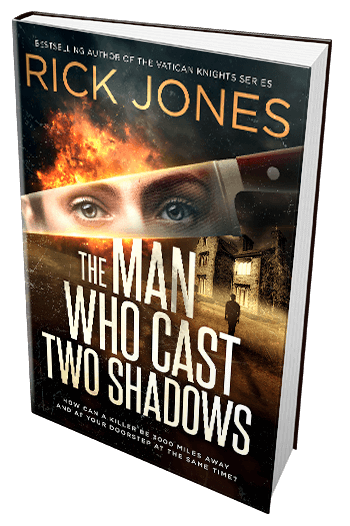 How can a killer be 3000 miles away and at your doorstep at the same time?

Ashley Quinton is on the verge of madness after the release of a killer she helped put behind bars nineteen years ago. Upon the exact moment of his discharge, she immediately receives calls from a local payphone from someone who tells her things only the killer would know. And then she begins to see items connected to her past–items that were given to her by this man when she was a child, only for them to disappear in a haze of smoke and mirrors before others can confirm her claims. As much as she points an accusing finger at the killer as the culprit, he’s proven to be three thousand miles away. Yet as far away as he is, he knows everything that’s going on in Ashley’s life because he’s also at her doorstep.

*Formerly published as The Man Who Cast Two Shadows