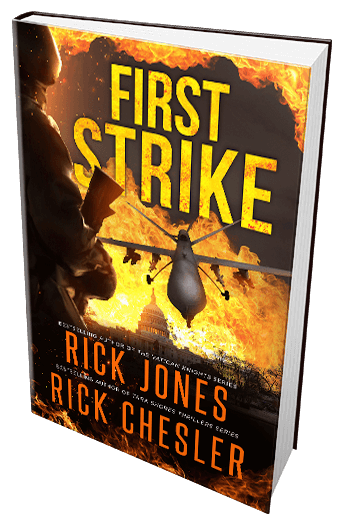 When a highly sophisticated terror cell steals a contingent of deadly Reaper drones from a U.S. military base, no one has to wonder for long what they’ll be used for. As America’s own top military technology is turned against its homeland, it looks as though, for the first time in history, the president will have no choice but to give in to terrorist demands.

Enter the Centurion Group: six elite operatives who are a mercenary black-ops arm of the CIA whose skillsets are unmatched by anyone in the world.

As a wave of drone attacks brings the eastern seaboard to its knees, the Centurion Group is hell-bent on showing America that their way isn’t the best way—it’s the only way.